Brexit: What will ‘no-deal’ mean for the UK?

Prime Minister Boris Johnson insists there are ‘no circumstances’ in which he will delay Brexit beyond the October 31st deadline.

A no-deal Brexit would see the UK leave the European Union (EU) without a withdrawal agreement in place. There would also be no agreement regarding the future relationship between the UK and the EU.

Here, we take a look at the possible effects of the UK leaving the EU without a deal: 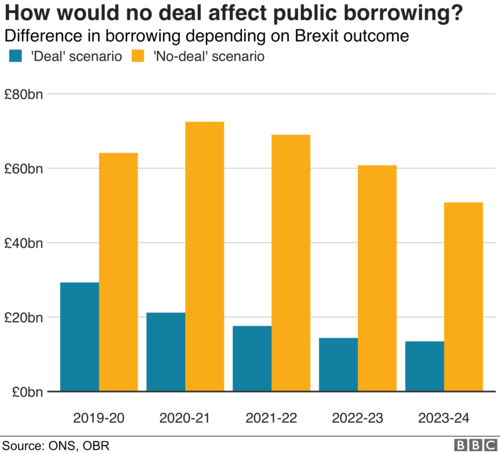 While many of us may be tired of the never-ending Brexit monotony, it’s important we know (roughly!) what to expect. Nobody is entirely sure what Brexit will entail for businesses, travellers & our currency – due to the fact no independent country has ever left the European Union. Previously, only member territories (Greenland, Saint Barthélemy and French Algeria) have left the EU. So… what could a no-deal Brexit mean for you?

"We are leaving on October 31st, no ifs or buts"

Amidst the cacophony of protests against Boris Johnson's Parliament shutdown, the Tory leader announced plans to call a general election on October 14th - if a no-deal Brexit is blocked by MPs.

MPs seeking to avoid a no-deal Brexit cleared a major hurdle after voting 328-301 in favour of seizing control of the parliamentary agenda. Could this be Brexit's most important week?